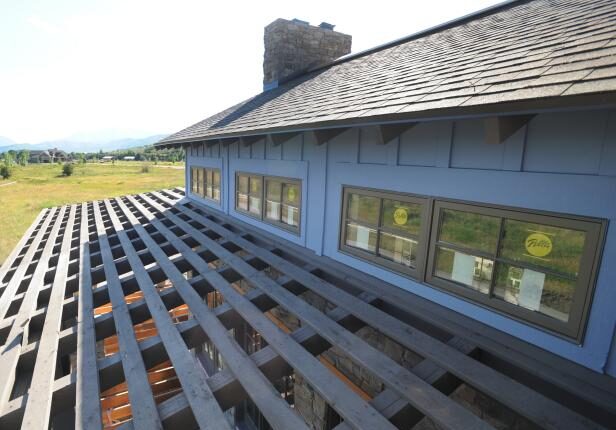 Flat Roofs and Pitched Roofs Both Have Benefits

People who are getting different roofs professionally installed might wonder if they should get flat roofs or pitched roofs. Both of these overall roof designs are common and popular. Some modern customers might prefer the appearance of flat roofs.

Pitched roofs are classic, and will probably never entirely go out of style. At one point, pitched roofs were more common than flat roofs in a lot of areas. Flat roofs are becoming more common now, and it’s partly because of modern styles.

Flat roofs have a somewhat simple and clean look to them, and many people are designing buildings that way now. Some people might think that angular pitched roofs look old-fashioned.

Still, other people might say that pitched roofs are timeless, while flat roofs are trendy. Some professionals are now moving away from the simple designs that have been popular for the past couple of decades. Pitched roofs might soon become part of an aesthetic that is perceived as more modern.

It’s difficult for people to fully predict how styles and trends will change, even regarding something like clothing. People still replace their clothes comparatively frequently. They’ll have their new roof for at least a full decade in most cases.

Both flat and pitched roofs are effective from an aesthetic perspective. Some of their other characteristics are a bit less subjective.

A lot of people want their buildings to be as spacious as possible, and they’ll still want to use their attic space well. Flat roofs might be great options for these people.

The flat roofs might not make buildings seem that much bigger than they would be otherwise, but the difference might still be enough for a lot of people. However, it’s also important to remember that a flat roof is more likely to leak than a pitched roof.

However, the pitched roofs will probably develop fewer problems than flat roofs over time. Individuals who are concerned with roof leaks might want to choose pitched roofs, especially if they live in areas that tend to get a lot of rain and similar types of weather.

People who have pitched roofs will typically still spend less money on roof maintenance, which might make the pitched roof the more cost-effective option in the long run.

The flat roof will also almost never be as durable as the pitched roof. Most pitched roofs are actually capable of lasting twice as long as many flat roofs, which is a strong difference. When people consider the fact that they will have to get their flat roofs replaced relatively quickly, they should question whether or not the initial cost savings will really help them.

Both of these roofs are installed all the time for a reason. Customers just need to make sure that they’ve decided on the ideal roof for them.

What Factors Are Considered Before Hiring Painting Contractors?